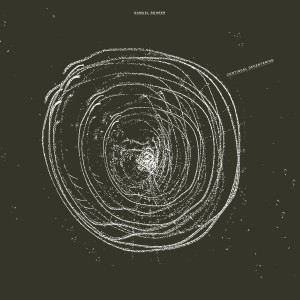 With his Arjunamusic label and a growing catalog of category-defying releases, Samuel Rohrer continues to quietly, yet confidently, make a name for himself as a genuinely unique figure within the European electronic music realm. In the current era, talk of blurring boundaries between musical genres and attitudes is more the rule than the exception, but not always something done with any degree of success. Rohrer is one of those rare alchemical explorers to have truly created a hybrid which is all his own, one that does not just exist to melt distinctions for its own sake, but is a natural result of years of experimentation with both the determination of electronic music and the ludic spirit of ‘free improvisation.’ On his newest offering, Continual Decentering, this vision is applied to a set of mostly in real time (live) performed explorations.

In keeping with his many years’ worth of fruitful collaborations, the tonal palette on this new record is one that is expectedly rich for those familiar with his work, yet still surprising in terms of how exactly the differing tonal colors come together. Representative tracks like Spondee and The Fringe are brimming with dub pulses, noir shivers and blooming timbral variations that are in many places carefully isolated / focused and in other places blended together in vivid fusions. In terms of the emotional atmosphere created here, the pensive and questioning tone hearkens back to the ‘wide open’ state of electronic music in the mid-late 1990s, yet with a greater clarity and maturity of vision that makes this music feel like a possible answer to aesthetic questions being raised at that time.

As with Rohrer’s most recent solo work, like the Range of Regularity LP, Continual Decentering showcases the artist’s skill in turning the drum kit into a lead instrument. While the term “lead instrument” denotes a kind of exuberant “flash,” or a clear separation from the rest of the voices in an ensemble, we can take the term to mean something different throughout this listening program of 13 short vignettes: that is to say, everything else within the audible environment exists to complement the character of the percussive playing rather than to stand apart from it. It helps that Rohrer has, in fact, developed a unique and complex hybrid system in which drum hits trigger modular synthesizer processes, the use of which makes for an incredibly fluid response time between distinct sonic events.

In contrast to the previous Range… LP, this new offering is propelled less by interlacing threads of intensity and more by a shared sense of deep listening. As displayed on pieces like All Too Human, there is a profound sense of attention to silences or thoughtful pauses that maybe hints at another crucial aspect of Rohrer’s style: over the course of this program, we tend to hear the player not only playing but listening, an activity which makes perfect sense given the sense of instrumental dialogue already mentioned. All of the above come together to give Continual Decentering a “live”-ness that will easily translate from recorded document to dynamic performance.

9,90 €–18,90 €
Empted from VAT according to the USTG Section 19
plus Shipping
Delivery time: available for immediate delivery